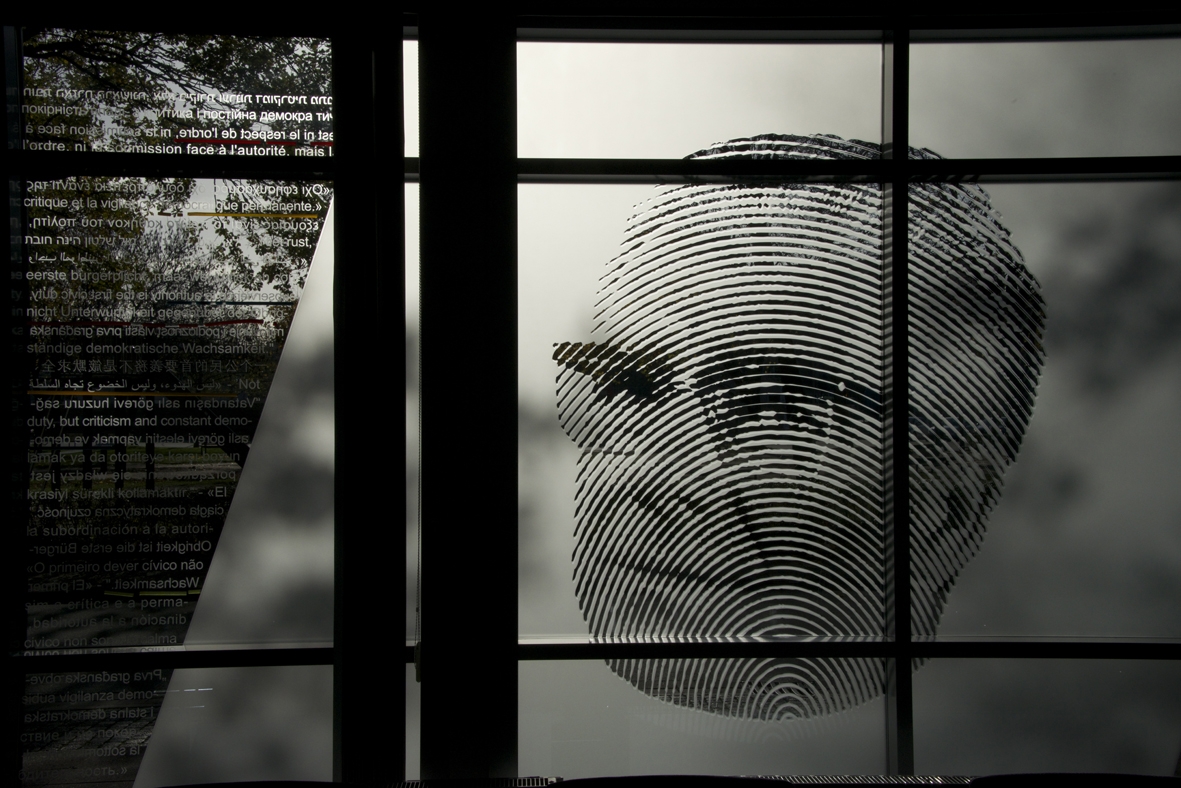 The design of the glass facade of the IG-Metall building in Hannover is dedicated to trade unionist Otto Brenner.

During the post-war era, Otto Brenner decisively shaped trade unionism, in particular IG Metall. His sandblasted portrait is prominently positioned in the middle of a large office window. His famous statement „Not rest, not subservience to authority is the first civic duty, but criticism and constant democratic vigilance.“, translated into many languages, surrounds his portrait. Colorful glass lines emphasize parts of text, thereby attracting the attention of people walking by.

The interplay of light and shadow. The artfully sandblasted glass panes bestow a sense of privacy and yet shed light inside.

Light and shadow play. The sandblasted glass surfaces provide good privacy and yet let the light inside.

Exterior of the designed glass facade.

One of his central statements by Otto Brenner has perpetuated Nabo in the glass facade multilingual: „Not peace, not subservience to the authorities is the first civic duty, but criticism and constant democratic vigilance.“ 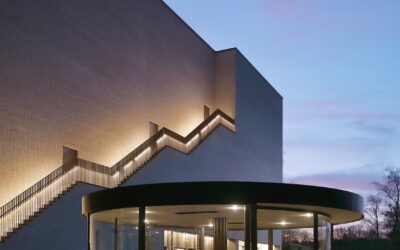 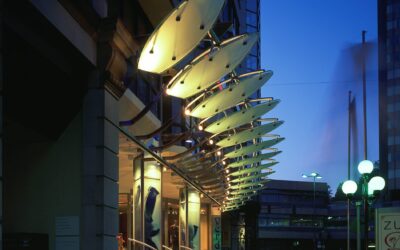 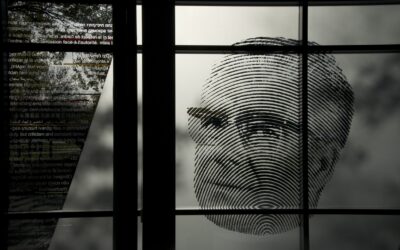