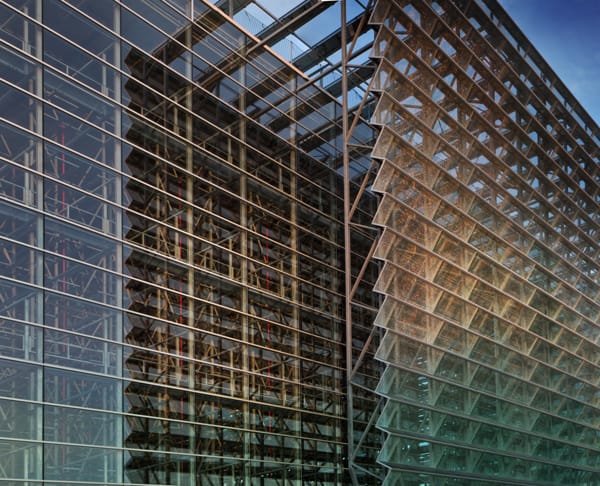 The German artist Nabo Gass and the architect Norbert Wortmann were awarded by the Foundation Deutsche Pfandbriefbank with the pbb Architecture Award for the high bay warehouse of the Ernsting’s family company in Coesfeld-Lette. As of now the foundation, under the patronage of the Federal Minister of Transport and Digital Infrastructure together with the Association of German Architects (BDA), has rewarded pioneering commercial buildings for the 11th time.

The high bay warehouse in Coesfeld-Lette convinced the jury with “a perfect fusion of interior and exterior by means of a permeable facade. Nabo skillfully designed the shell of the solar membrane in three elements – one centered glass pane placed in front with two angular elements on the sunlit side – giving the building’s facade its characteristic face. What is extraordinary about the facade, apart from the technically ingenious folded design of solar modules and crash glass, is the optical perception of pareidolia and of an almost vanishing and transparent appearance. The depth of the facade itself, superimposed over the glass warehouse, as well as the delicacy through the minimized structure, generate an exciting interplay between natural light and the artificial colored lighting that orchestrates the interior. The exemplary symbiosis of engineering and design enable not only energetic autarky, but also exploits an identity-establishing potential of a general purpose building. A common high bay warehouse is brought into life. 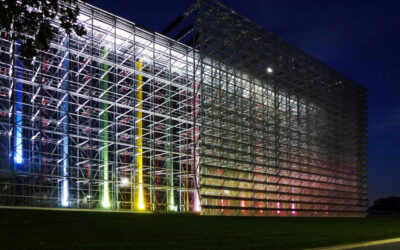 The high-rack warehouse of ernsting`s family

“Architecture has to be for the people”- the company founder Kurt Ernsting and his successors want to serve future...